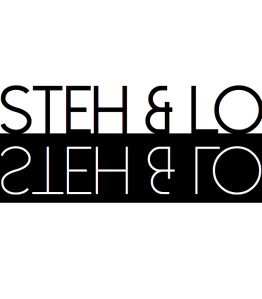 Sending Them Every Hope and Light Organization

STEHLO’s President, Junior, Hannah Kang shared her motivation for initiating the organization. “I decided to help because there is a movie called Crossing. It’s about a North Korean father and child trying to come out of North Korea. It was interesting because it was based off a country right above us. However, it seemed like a totally different world. It was very inspirational and sad.”

When asked why North Korean kids were targeted, Hannah answered, “These kids they don’t even know what politics are about. They don’t even know the political leaders. But, here they are born under such a negative environment that they just end up being helplessly sick and dying without food or medication.”

Junior, Lynn Sung was mesmerized by Hannah’s ideas, “Although joining was actually a risky choice for me, as the organization gathered students outside of GSIS and was also led without a budget, I liked the fact that it was a student led organization and its purpose. I was really inspired by how we would be sending vaccines to North Korean children.”

Diane Jung in Grade 11, one of STEHLO’s executive managers, agreed, “I thought that the outcome would be really beneficial to North Korean people, so I wanted to help them in any way I could.”

Regardless of starting off without a budget and  ten international students sitting together at a single meeting and discussing whats going to happen this year, STEHLO is pulling off their first public event.

She added, “I really want everyone to come and enjoy our party because it’s not like the last party we will hold. If this party is really successful then we will be hosting another party and another. After we raise enough money with this event we might even invite celebrities. You guys should come and enjoy, and get to meet new people from other international schools.”

Lynn chirped in, “Start helping STEHLO with really simple steps such as buying tickets from our staff members such as Diane Jung, Toni Choi, Hannah Kang and me for 20,000 won!”

Despite tight schedules, representatives from various international schools meet at least once a month.

All executive members have been selected under strict application processes and correspondingly show passionate enthusiasm.

Hannah explained the criteria used for the meticulous selection process, “When we took in the applications, we basically looked at the answers for ‘Why do you want to be a STEHLO member?’ Then, after looking at the answers we could see some that stood out. The ten students who were selected were chosen because they were actually very passionate about North Korea. Not just as a college application, but truly enthusiastic to help in any way. And in those parts I saw their passion and responsibility.”

Diane shared her thoughts of what an exemplary STEHLO member should be like, “Since we are representing the STEHLO group, we should be bright, caring, positive so that people have interest in what we do. Also, there are many members, so we need to be patient and open minded to hear each other’s opinions and ideas.”

Toni Choi agreed,  “First we have to be responsible, and we have to manage our time well because we have a lot of things to do. It’s not like a small organization where we simply make some money and donate it to a local hospital. It’s actually really big-scale. It’s for North Korea, a whole different country. We will have to be risk takers and do things we never tried before. We also have to be caring people. I am not that good with managing my time well, but as I work with others, I think I can improve my skills as an advisor.”