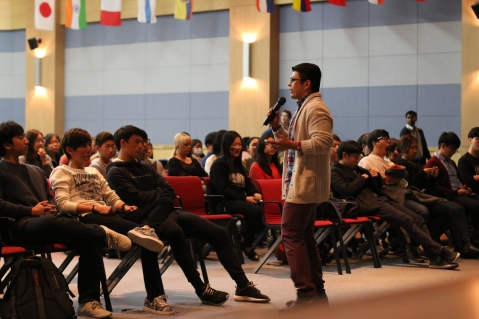 As the school approaches the next school year, changes are being formed and planned. In the Lower Secondary School (LSS), a rather large transition is taking place where Mrs. Jean Choe will become the new LSS counsellor as Mr. Lozano takes on his new role as the Student Life Minister of both the LSS and upper secondary school (USS).

While this transition may be disheartening for many LSS students, students feel it is best to have a positive outlook. Many students appeared to have accepted Mrs. Choe’s transition and have shared their bright views for this change.

Guang Tseng, seventh grader, expressed that counselling may suit Mrs. Choe more than Student Life Minister. He hinted that her deep sermons and spiritual-focused thoughts could prove as a unique characteristic in counselling.

Other students were not as willing to share their thoughts. Nonetheless they all shared that Mrs. Choe’s sermons went quite deep and were spiritual.

Even as students accepted Mrs. Choe’s transition, it was a great mystery if they would welcome Mr. Lozano as the their new Student Life Minister.

Guang Tseng went more in depth, explaining that Mr. Lozano was an “action-packed” speaker. Guang went on to share his views for Chapel next year, showing that he looked forward to more activities.

Other students, focused not on how fun Mr. Lozano was, but rather the effect of his sermons. “Mr. Lozano can ‘enchant’ the Chapel,” stated Jeremi Yoo, seventh grader. Jeremi hopes that Mr. Lozano will make lots of interactions with the student body in his sermons.

For the next year, Mr. Lozano has ideas to align the LSS and USS chapel. Even as there are no plans set for drastic change, Mr. Lozano has worked out having the same sermons for both the USS and LSS chapel; the only difference would be the scale to which the sermons are delivered. For example, if the topic was forgiveness, the level of depth would be different for the LSS in comparison to the USS.