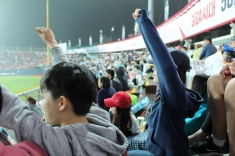 On May 6, the Suwon Baseball Stadium welcomed the cheers, laughter, and adventurous spirit of 27 Freshman. They celebrated the school year coming to an end by spending time with friends in the rain as they partially watched the game, and cherished building memories with one another.

Sally Kim said, “I decided to go to the event because it was the last class event and I thought it would be a fun time with my friends.” After some reflection she continued, “The best part of the event was being with my friends and having fun. Almost everyone stayed until the end of the game even though the game was really long. We didn’t realise the time was going so fast because we were having so much fun just being with each other.” 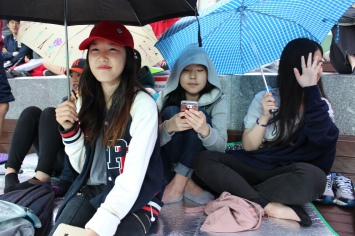 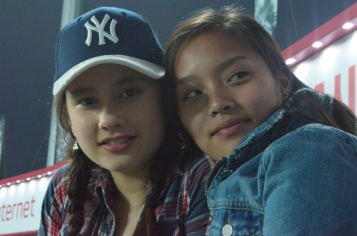 Jenny Kim, the class Secretary, commented on how the event went overall, she said “many of the students did not know much about baseball, but everyone was able to have fun because the purpose of  the event was not just to watch baseball, but it was also to have fun with the classmates. I think it was more fun because it was our class’ first out-of-school event. Also, most of the money was provided by us [the Freshman Student Council Association (SCA)], so the students did not have to come with any worries about money.”

Lucas Lee, freshman Vice President said, “from my point of view I saw a lot of kids in my grade eating a lot of food, watching the game and just having fun.” He explained when asked about how successful the event was. “I think all of the students that came really liked the concept of everything being free. SCA paid for all of the transportation, tickets, and most of the food. Preparation wise, SCA did a good job of organising the event, advertising, fundraising, and reserving the seats.  Some problems were the weather.  It rained on and off which caused some complaints.  It would have also been good if more people had came.  But besides these facts, the event went down smoothly and it was full of fun.”

Not only was the event a time to watch baseball, many of the students found that it was a good time to bond with friends and get closer with their classmates. “I want to thank the SCA for organising this event and for working so hard throughout the whole year. I can tell that they put a lot of effort into it by trying to come up with an event that is creative and one that everyone would enjoy. We wouldn’t have had such a fun year without them,” Sally Kim concludes.

When asked how the class officers came up with the idea of going to a baseball game, Jade Hughes, the class president, answered, “We wanted to do something original, not the cliche open gym or movie night. A baseball game outing is something we haven’t tried before and we thought it’d be a memorable way to finish off the year.”

To prepare for this event, “We figured out the dates for the event, and earned enough money so we could provide support for the tickets. We also requested some teachers to be our chaperones,” said Daniel Oh, the Class Treasurer.

The freshman SCA believe they worked hard to plan a creative class event each quarter. Ranging from movie nights, open gyms, dance parties, and baseball games, the SCA was definitely successful in planning fun events for the freshmen class to enjoy.