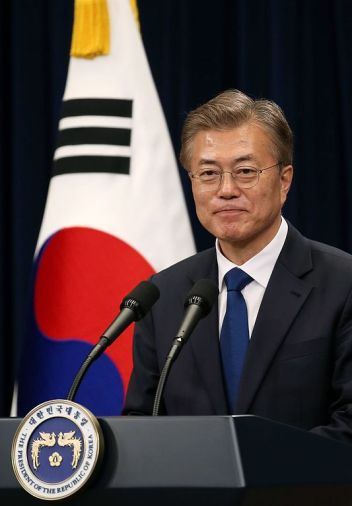 After the election of South Korea on May 9, 2017, Moon Jae In was chosen as the 19th President of South Korea. He has made a lot of controversial promises which affect high school students.

President Moon desires to combat the common stereotype of the SKY colleges (Seoul National University, Korea University, Yonsei university) only being worthy of attendance. A huge stereotype has been crammed into the minds of the South Korean people that these universities produce and acquire more intelligent and successful individuals. While those from universities other than SKY give off the appearance they have graduated from a university which produces less promising and intelligent members of society.

President Moon would also like to remove all high schools that specialize in specific academic skillsets such as foreign studies. Specialized high schools are typically more selective with their students, as such, they stand in a much more advantageous rank. As a result, the students are more likely to attend top ranked universities.
When viewing this initiative from the viewpoint of a public school student, this change  could be advantageous, but at the same time, it is not fair for the people who have worked their lives to attend the specialized high schools to be penalized.

Some people say “If all schools contain the same ranks, there is no reason why students have to work hard to achieve a good goal.”

Although things are very controversial at this point in time, these policies could actually be a good decision, increasing the number of promising graduates produced by the South Korean educational system.

Nonetheless, the Korean people’s state of mind will not change easily, due to the history of education being ingrained in the current generation’s way of life. President Moon’s educational initiatives have the potential to bring chaos to the educational system, but only time will tell.